Behold the waves of light

Back in 2001, a team from the Media Lab at the Massachusetts Institute of Technology (the glorious MIT) created a camera that captured images at a trillion frames per second. They built up the whole thing to be able to see how light waves actually work. In simple words, the camera is an array of sensors that capture a single line of pixels each, to later merge all the lines on a single frame. When viewed at normal speed, you get a slow motion glimpse of how the photons burst hits the target.

Light in Motion: Combination of modern imaging hardware and a reconstruction technique to visualize light propagation via repeated periodic sampling. 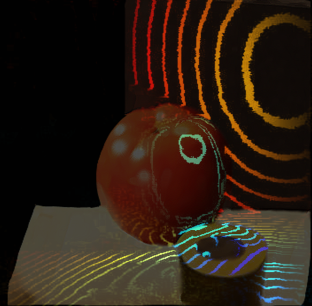 Ripples of Waves: A time-lapse visualization of the spherical fronts of advancing light reflected by surfaces in the scene. 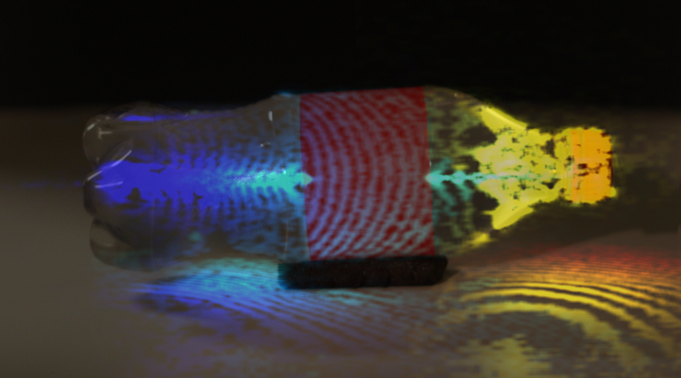 Time-Lapse Visualization: Color coding of light with a delay of few picoseconds in each period.

They made the next video, where Professor Ramesh Raskar and Andreas Velten explain how the machine works:

Another video made by the Camera Culture Group of the Bawendi Lab at MIT:

A very interesting practical application of the technology: