Commodore Perry and the Black Ships "Open" a Closed Japan 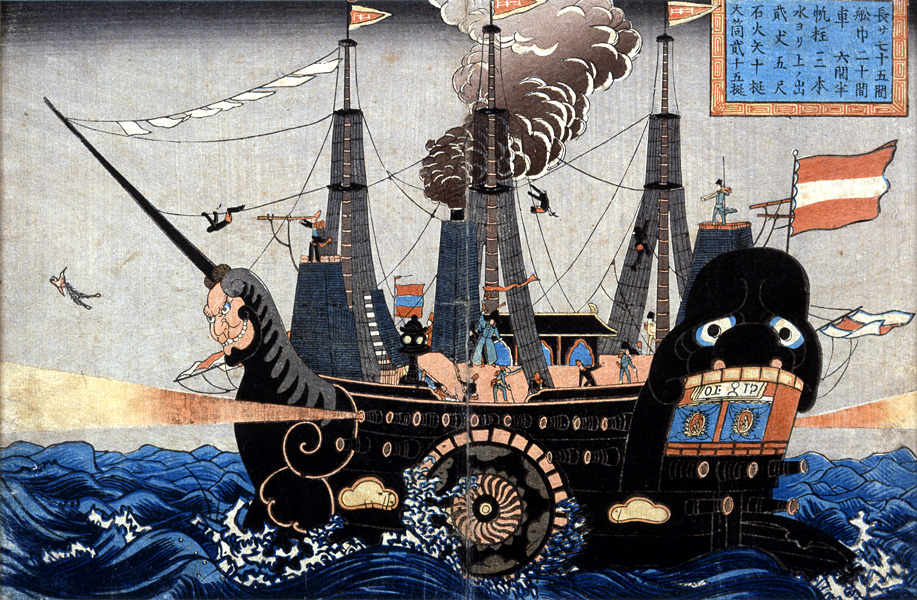 (an American “black ship” sailing into a Japanese harbor and firing its cannons as illustrated by a Japanese wood print artist. Massachusetts Institute of Technology © 2010 Visualizing Cultures)

In 1853 Commodore Perry set sail from the United States with a fleet of black ships to  “open” the isolationist Japan to trade (quite against their wishes).  It is an absolutely batshit moment in history. I can't stress enough how fascinating the different pages of this MIT digital scholarship collection are.

Previous to Perry holding the country to this nice cordial visit at gunpoint, Japan had been almost completely isolated from the West for 200 years. The Japanese were quite caught off guard when Perry sailed into a restricted area against wishes and laws of their intended friends and partners in trade and started firing all the cannons on his ships in “greeting” using technology the Japanese hadn’t encountered.

But other than it taking place literally at the end of a gun, the meeting was quite amicable.  Perry  brought on one of his ships a small steam locomotive with a passenger car and a telegraph machine. They set it up--poles and tracks and all--between two Japanese towns that same month. He also gave them as a present a bunch of guns, bags of powder, a cast/press to make bullets, a copy of The Constitution, a bunch of law books. The Japanese reciprocated (disappointingly according to the journals of Perry) with gifts of silk and other fine goods.

The visit was intended to be more than just a state visit however.  Perry's men put on a minstrel show (a stage show by white performers in blackface) that sounds like it was written to break the guinness world record for racism, "featuring white men playing the roles of 'Colored ‘Gemmen’ of the North' and 'Plantation ‘Niggas’ of the South,' and singing such songs as 'Darkies Serenade' and 'Oh! Mr. Coon.'"

They drank wine and spirits together which the Japanese really seemed to like. When they ran out of that, they didn't want to disappoint their guests so they offered and drank ketchup and vinegar mixture. The Japanese seemed to like that even better if the account can be trusted.

But the cultural enrichment didn’t go only one way! Americans were busy sampling what Japan had to offer too.

The below Japanese print depicts

an American sailor ingratiating himself with prostitutes in Shimoda (together with a long and amusing account of how he succeeded in doing so.) 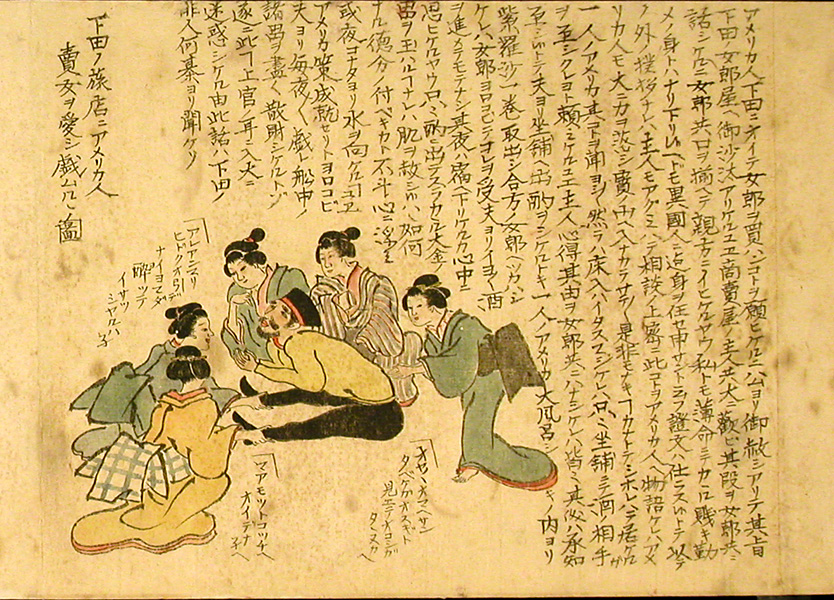 Other sailors mistook "hair oil" for sale by Japanese on the docks as a delicacy beverage, drank it and got very sick.

Others just got man-handled in Sumo wrestling matches... 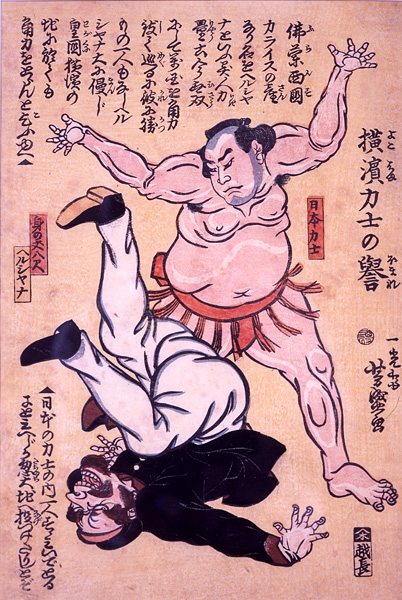 One of the best aspects of all this is that, in an event sadly too uncommon in history, we have vivid illustrations from both sides highlighting the radically different perspective on the events and offering some small illustration at the differences between these two cultures at the time.   Go read it all. It’s a great read filled with moments like these. 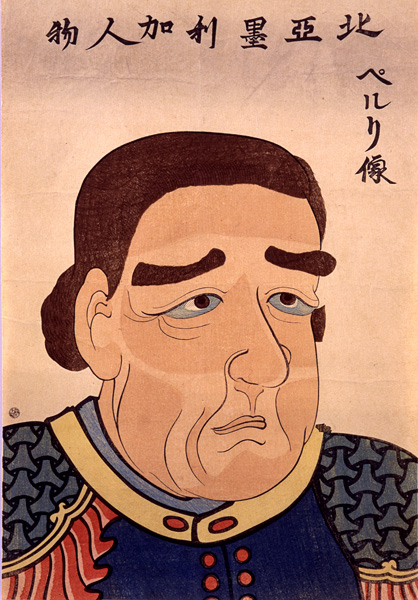 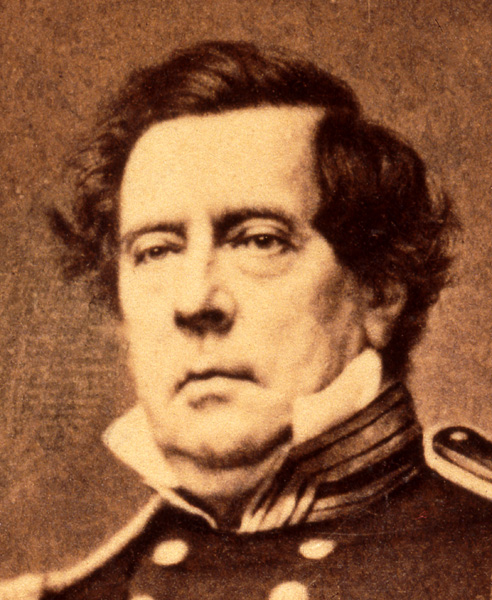