Giants of the Ancient World 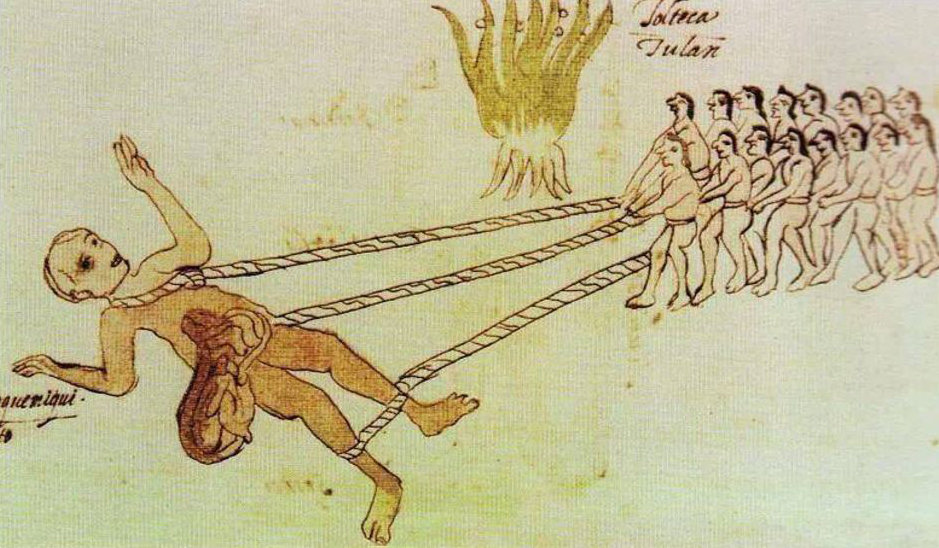 Did giants ever roam the Earth? The Spanish conquistador, Hernán Cortés came to believe so.

In 1518, after a tense initial meeting with Moctezuma II in Tenochtitlan, the capital of the Aztec Empire,  Cortés began searching for a way to subjugate the powerful Aztec Empire.  He knew the Aztec army would be able to field as many as 300,000 seasoned  professional warriors against his band of around 1,000 isolated conquistadors.  In hopes of evening the odds, he and his men “explored” the territory of the empire looking for potential allies and stirring up trouble, paying special attention to tributary states conquered by the Azteca that were forced to pay costly regular tribute to the empire.  It is in one such visit that the conquistadors were caught off-guard by evidence of “giants” that would suddenly but importantly change the way they understood the world.

The tradition was also handed down from their forefathers, that in ancient times there lived here a race of men and women who were of immense stature with heavy bones, and were a very bad and evil-disposed people, whom they had for the greater part exterminated by continual war, and the few that were left gradually died away.

In order to give us a notion of the huge frame of this people, they dragged forth a bone, or rather a thigh bone, of one of those giants, which was very strong, and measured the length of a man of good stature. This bone was still entire from the knee to the hip joint. I measured it by my own person, and found it to be of my own length, although I am a man of considerable height. They showed us many similar pieces of bones, but they were all worm-eaten and decayed ; we, however, did not doubt for an instant, that this country was once inhabited by giants. Cortes observed, that we ought to forward these bones to his majesty in Spain by the very first opportunity.

Similarly, other great ancient cultures of history came to believe in giants through evidences such as giant bones.  Caesar Augustus, one of Ancient Rome’s greatest Emperors decorated one of his vacation villas with bones such as these.  The Roman historian Suetonius writing in 121 AD records:

His own villas, which were modest enough, he decorated not so much with handsome statues and pictures as with terraces, groves, and objects noteworthy for their antiquity and rarity; for example, at Capreae the monstrous bones of huge sea monsters and wild beasts, called the "bones of the giants," and the weapons of the heroes.

We now believe that many of these fascinating relics of antiquity could have been incomplete fossils of animals long extinct like the dinosaurs or megafauna like the Mastodon and Giant Ground Sloth.

But other legends of giants in the historical world were driven by kernels of truth in the considerable variation of size across human populations at the time along with exaggerations in the retelling of stories over time.

In Wired Magazine’s feature Fantastically Wrong we hear the story of Ferdinand Magellan (the Spanish explorer famous for being the first person to circumnavigate the world) discovering giants in the flesh in Patagonia, a region of present-day Argentina.  This is in 1520, a mere two years after Cortés’s story of “giant bones” would have reached Spain. 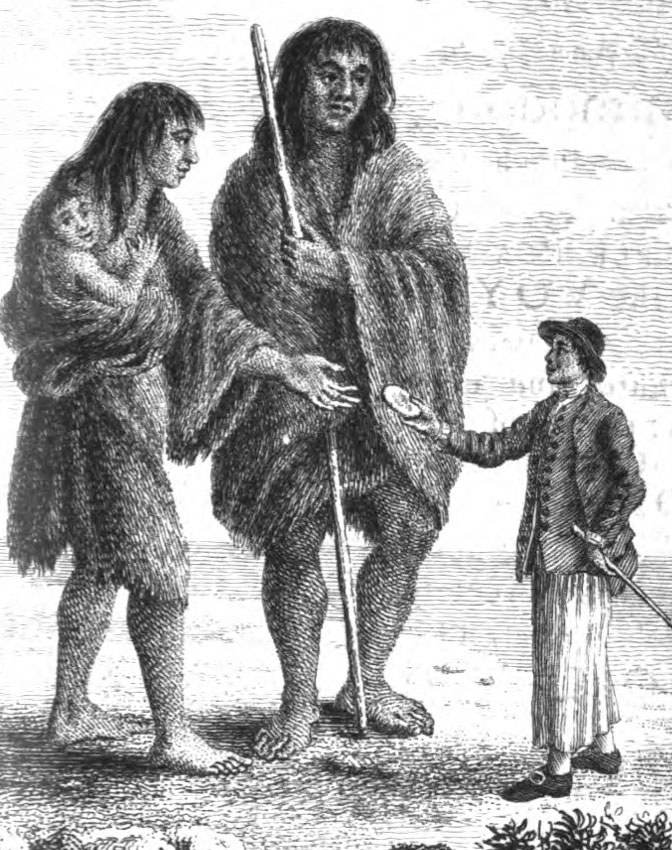 Yet later in 1628, Sir Francis Drake and some English explorers met the same people and found Magellan’s descriptions of them… rather lacking:

Magellan was not altogether deceived in naming these giants, for they generally differ from the common sort of man both in stature, bigness and strength of body, as also in the hideousness of their voices: but they are nothing so monstrous and giant-like as they were represented, there being some English men as tall as the highest we could see, but peradventure the Spaniards did not think that ever any English man would come hither to reprove them, and therefore might presume the more boldly to lie.

(from the The World Encompassed)

The English were not immune from giant fever either though.  The first English colonists in North America relate similar stories of some particular North American tribes in the northeast they describe as giants.  And as exploration and exploitation of Africa by the English began in earnest, there would be stories of giants there as well.

A contributing factor to these recurring stories is the fact that there is some variation in average height/body-size across human populations. Even today there are such differences.   In those times populations were more isolated than the populations of today, and so there was greater opportunity for genetics of populations and their resulting traits (like height) to diverge from each other.

So did giants roam the Earth? Well, maybe "giants" to the people of the time who may not have live their whole lives with a village of others who were an average height of 5 feet, 5 inches.  But otherwise, if there were, no we haven’t found them yet.  Now hobbits on the other hand…

(To be continued in the next installment of Space Escalator.)