Pygmies of the Ancient World

In a Chinese text from ~250 AD called Weilue 魏略 (or The Peoples of the West), there is a curious description of a race of small people.

The kingdom of Duanren (‘Short Men’)1 is northwest of Kangju (Tashkent plus the Chu, Talas, and middle Jaxartes basins). The men and women are all three chi tall [0.693 metres or 2.27 feet]. They are very numerous.

2.27 feet would make them very small people, maybe impossibly small.  But it is an interesting and confusing diversion in this document that is quite remarkable besides. The notes on this subject from the above translation are even more interesting:

Confucius in 494 B.C. had already said that the measure of three feet was the minimum human height. It is again at three feet that, in the year 642 A.D., T’ai, king of the Wei, estimated the height of the pygmies in the curious text of the Kuo ti chih which speaks of battles of the various pygmies against the cranes. Although Yü Huan does not mention the cranes in speaking of the kingdom of the Dwarfs and, although the description that he gives of the men with horses’ hooves does not absolutely agree with the classical notion of the centaurs, it seems difficult to me to not see in his account a reflection of the western legends relating to the centaurs and the pygmies. -- Translated from Chavannes (1905), p. 562, n. 1.

In the same year [724] a pygmy was sent from Samarkand, a fruitful land, rich in all wares and produce. A race of pygmies called the “short men,” who lived far to the northwest of that place, had been heard of in China since very early times. Their land was said to be rich in pearls and phosphorescent gems. Another tradition said that they lived peaceful lives north of the Turks in Siberia, where their only enemies were great birds which ate them when they could, though the pygmies fought fiercely with bows and arrows. These are, of course, the pygmies of the classical Greeks, but in this Far Eastern version of their story they are placed in eastern Europe or in Siberia, not in the depths of Africa. -- Schafer (1963), p. 48.

As the note implies, the Greeks and Romans told similar stories about pygmies as they were known to them.  The following comes from Pliny the Elder’s Natural History:

Beyond these in the most outlying mountain region we are told of the Three-Span (Trispithami) Pygmae who do not exceed three spans, that is, twenty-seven inches, in height; the climate is healthy and always spring-like, as it is protected on the north by a range of mountains; this tribe Homer has also recorded as being beset by cranes. It is reported that in springtime their entire band, mounted on the backs of rams and she-goats and armed with arrows, goes in a body down to the sea and eats the cranes' eggs and chickens, and that this outing occupies three months; and that otherwise they could not protect themselves against the flocks of cranes would grow up; and that their houses are made of mud and feathers and egg-shells. Aristotle says that the Pygmies live in caves, but in the rest of this statement about them he agrees with the other authorities.

It’s a striking and bizarre story for sure, these small people fighting off these giant cranes to save their lives.  Would it still be such an amusing scene though if it really happened?

In 2003, on a small island called Flores that is part of Indonesia, there was a very interesting archaeological discovery, the skeleton of an individual that would have been 3ft 7in (1.1m) tall.   At first it was thought by some to be the remains of a human (possibly a child) with a genetic disease, or some other pathology that led to a much smaller stature. But subsequent discoveries of other individuals in the cave and further analysis of the remains in the years after have pointed to the existence of a totally new species of hominin: Homo floresiensis, affectionately called “the hobbits” by scientists for their small size. 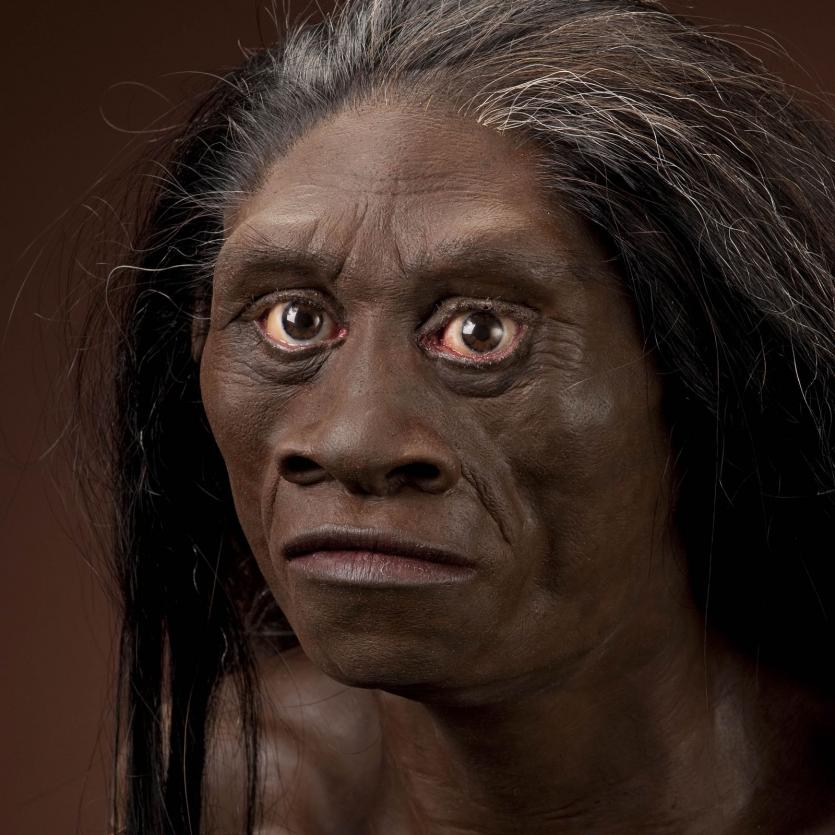 More interestingly in the context of the myths, on that same Indonesian island of Flores, another ancient creature has recently been discovered with a far less lovable face.  in 2010, in the same system of caves just under the remains of one of the hobbits, Leptoptilos robustus, a species of giant stork was uncovered.  Standing at 1.8m (5ft 11in) tall, this carnivorous bird would have towered above the lilliputian hobbits. 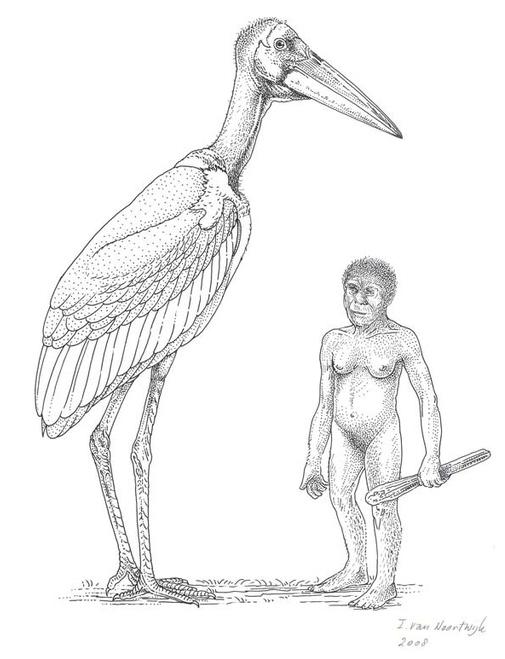 Some scientists have speculated that these storks may have indeed predated on the hobbits. Birds hunting our human ancestors as prey would not be unprecedented. The Maori legend of a giant bird hunting and killing humans turned out to be very real in Haast's Eagle. And in South Africa we have direct fossil evidence of a bird consuming a human ancestor species.

The fossil evidence suggests they both Leptoptilos robustus and the hobbits lived together in Flores 12,000 years ago.  But this 12,000 years ago figure is just the timeline for a single site; how long could the population (or another) have survived elsewhere on the island of Flores--or even beyond?  Into the times of the most ancient Greek and Chinese scholars?

As ever, this world offers to be stranger than could even be imagined. As with the "giants" in our last space escalation, there are some modern day populations of humans (some even in the same region as Flores) who are much smaller than the modern average.  Might bits of the hobbits of Flores' live on today in the DNA of some populations of humans, much as the Neandertal genome lives on today in the DNA of European and other world populations? 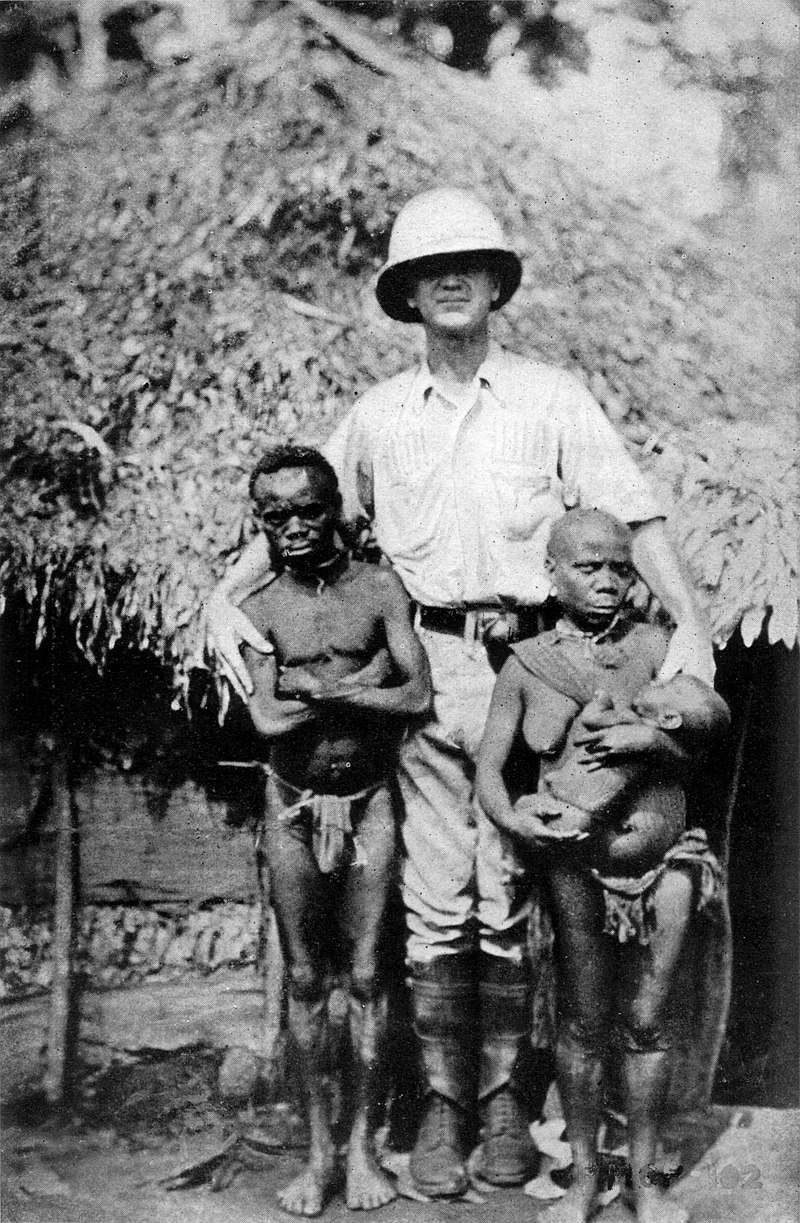