) paper. Here, an excerpt of the article:

[Geophysicists of the world, are you ready? Here, hard on the heels of drift, comes another earth-shaking new theory derived from simply looking at maps.] 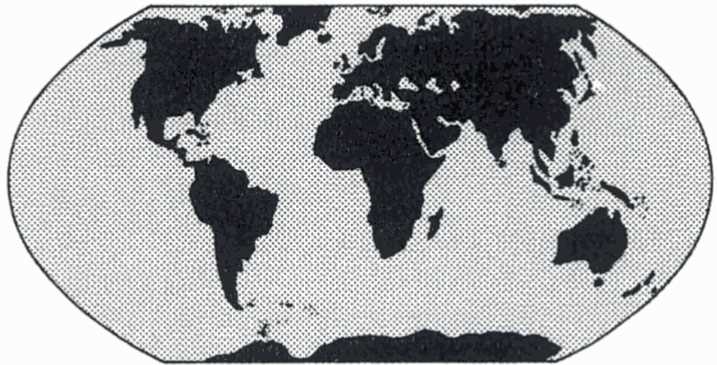 In the 1950s and 1960s came the first concerted international effort to study the Earth as a whole. It was found that the ocean floors are traversed by mountain ranges thousands of miles long. These oceanic ridges are zones of frequent earthquakes, periodically magma spews forth from fissures in them to spill down their slopes and widen the seabeds on either side. Scientists perceived that the lines of seismic activity along the oceanig ridges —and along the great circumpacific earthquake belt as well as along certain earthquake belts extending overland— mark, in effect, the boundaries of immense 'plates' on which the continents 'drift'. Today the once-despised theory of continental drift is accepted everywhere as fact.

John C. Holden expanded and illustrated his own version of the idea three years afterwards:

With the advent of plate tectonics theory in the late 1960s (Morgan, 1968) geologic thought was revolutionized; continental drift gained popularity (at last) and, as everybody has been saying: "the text-books must ben rewritten." Unfortunately, no one to date has done it right. 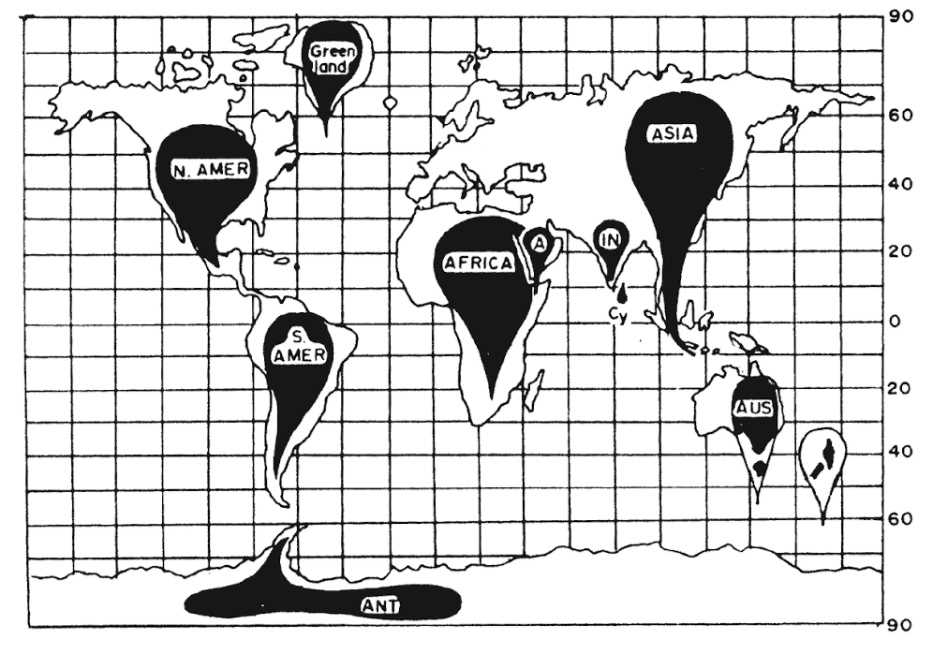 Continental shapes reveal the evidence for continental drip, especially when this figure is viewed upside down.

There is an important dimension missing in the new theory, one so obvious that it is little wonder that it has escaped the attention of geologists and geophysicists. I refer to the shapes of the earth's continents and their bearing to past drift motions. Conventional plate tectonics states that continents drift, relative one to the other, because they are situated on the backs of crustal plates, which move in response to sea-floor spreading away from mid-ocean spreading ridges into subduction zones where the plate dissapears into the earth's interior. The whole process is similar to the activities of many conveyor belts joined on the earth's surface in contant, though slow, motion.

However, the outlines of all continents are tear-drop shaped with the pointed ends trending south indicating the directions from which they have come. This startling concept is called "continental drip" and is the essential concept of "fake tectonics," the acronym for Final Answers for the Knowledge of Earth tectonics. Actually, fake tectonics can be traced back to the early historical development of continental drift when Wegener (1929) referred to the continent's flight away from the poles, or "polarfluchtkraft." A step in the right direction was made by Dietz and Holden (1970) when they recognized that there was only a "sudpolarfluchtkraft" (south polar fleeing force). The whole truth can now be recognized. There are "sudpolarfluchttrofeln" (south polar fleeing drips).

But the best of Holden's expanded findings are a couple of paragraphs after that, when he projects the outcome of the continental drip effect as time goes by:

[...] Considering that the universal landmass of Pangaea broke up some 200 million years ago, and that the continents are now better than halfway dispersed from the original nucleus at the south pole, the time of their re-uniting at the other end of the world can easily be predicted. Based on computer analyses of the northward vector sums for continents now in motion, this event will occur on Tuesday morning at 9:00 a.m. 1,786,379 A.D. The resulting new universal landmass (excluding Antarctica) si called "Pangooy" and the event is termed "continental splash"; the final coalescence of continental drips. Insofar as Antarctica is perfectly balanced on top of the globe, it is highly unlikely that this continent will ever join the others on their trek down under. 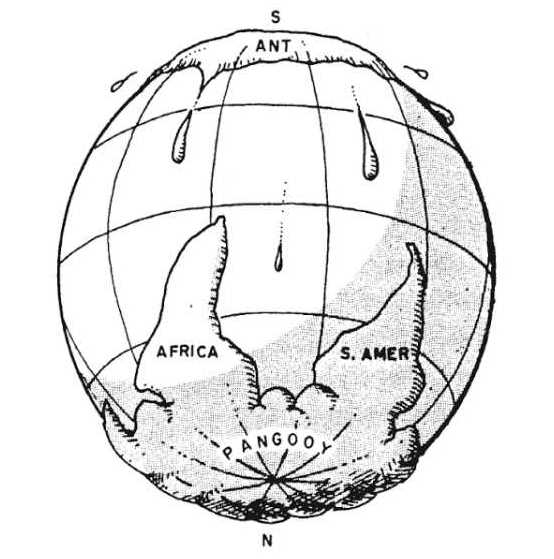