The "Destroyers of Worlds" 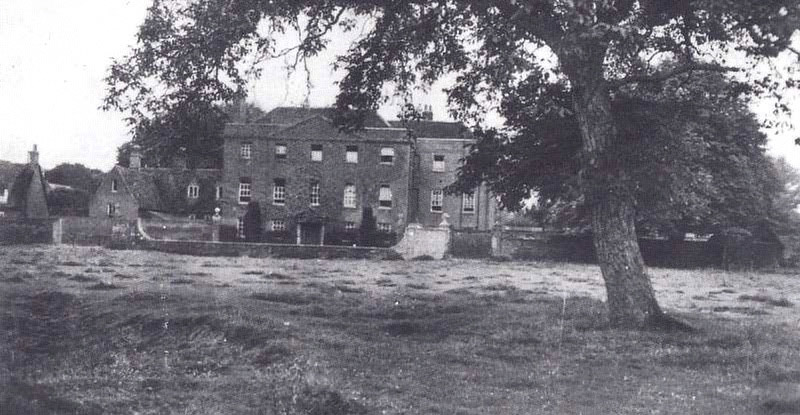 (Farm Hall outside of Cambridge, England)

On April, 30 1945 the German forces surrendered ending World War II In Europe.  And after VE Day, one of the most important priorities for the Allies was to learn about the German nuclear program.  Nuclear weapons had suddenly become a very important issue. Unbeknownst to the Germans, who had failed to produce a nuclear weapon during the war, the United States’s nuclear program had succeeded.  The world had not yet seen the first atomic bomb dropped, but to the United States and its few allies who knew, the terrible power of atomic weapons had become very real.

At that time, many aspects of the German nuclear program were still mysteries to the Allies. The answers to the important questions like how far the Germans got, where progress was made and who made it, and what specifically was learned by the efforts were all yet to be uncovered.  The surviving German nuclear scientists were the only ones that could shed full light on it all; however, due to the recency of the war and the nature of German atrocities that were only then coming to light, Allied Intelligence was uncertain to what extent the German scientists could be trusted to give them the answers.

Operation Epsilon was the Allied solution to this problem.  The most important of these German nuclear scientists were rounded up in the two months following the end of war in Europe and taken to England. There, in a large estate outside of Cambridge called Farm Hall, they were detained in relative comfort for six months.   The entire house had been wired for sound without the knowledge of the scientists, and they were recorded over many months in the hopes they would, in confidence with each other, divulge the information the Allies needed.   Important portions of the transcripts of these recorded conversations have been released to the public:

DIEBNER: I wonder whether there are microphones installed here?

HEISENBERG: Microphones installed? (laughing) Oh no, they're not as cute as all that. I don't think they know the real Gestapo methods; they're a bit old fashioned in that respect.

Occasionally, their Allied handlers would prime the pump by delivering some news about the war or nuclear science and then leave with the expectation the scientists would talk amongst themselves.  The most important of these deliveries was on August 6, 1945, the day the first atomic bomb was dropped on Japan by the United States.  Many of these German scientists, like the famous Heisenberg, were and still are extremely important figures in the history of nuclear science.  These are some of the men on whose shoulders the creation of nuclear weapons ultimately rest, and their conversations on that day are appropriately chilling and eerie to read. 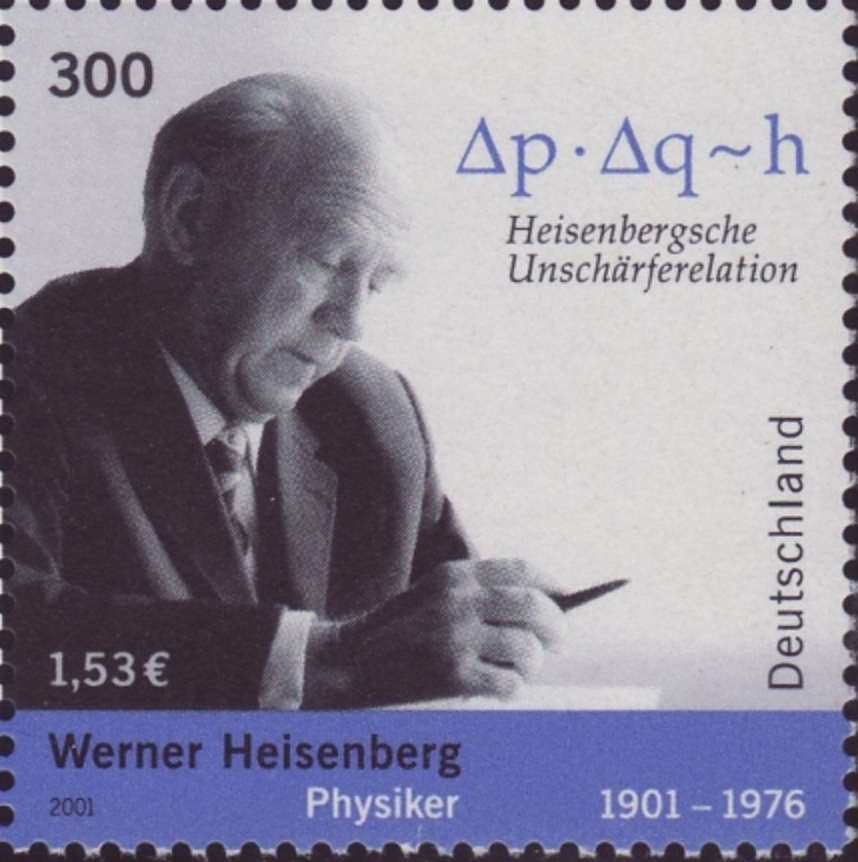 HEISENBERG: I don't believe a word of the whole thing. They must have spent the whole of their ₤500,000,000 in separating isotopes; and then it's possible.

HAHN: I didn't think it would be possible for another twenty years… 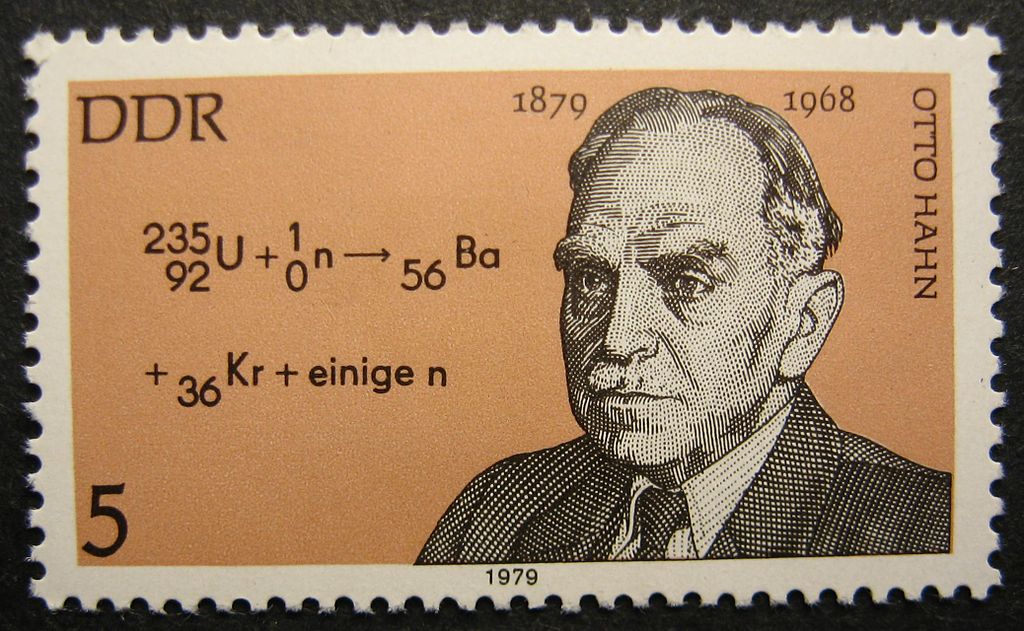 WIRTZ: I'm glad we didn't have it.

WEIZSÄCKER: That's another matter. How surprised BENZER(?) would have been. They always looked upon it as a conjuring trick.

WEIZSÄCKER: I think it's dreadful of the Americans to have done it. I think it is madness on their part.

HEISENBERG: One can't say that. One could equally well say "That's the quickest way of ending the war.”

HAHN: That's what consoles me.

HAHN: Once I wanted to suggest that all uranium should be sunk to the bottom of the ocean. I always thought that one could only make a bomb of such a size that a whole province would be blown up

That night after the men realized the news was indeed true, the mood became strained to the point of conflict and confusion.

HEISENBERG: It is possible that the war will be over tomorrow.

HARTECK: The following day we will go home.

HARTECK: If we had worked on an even larger scale we would have been killed by the 'Secret Service'. Let's be glad that we are still alive. Let us celebrate this evening in that spirit.

DIEBNER: Professor GERLACH would be an Obergruppenfuehrer and would be sitting in LUXEMBOURG as a war criminal.

KORSHING: If one hasn't got the courage, it is better to give up straightaway.

KORSHING: The Americans could do it better than we could, that's clear. (GERLACH leaves the room.) 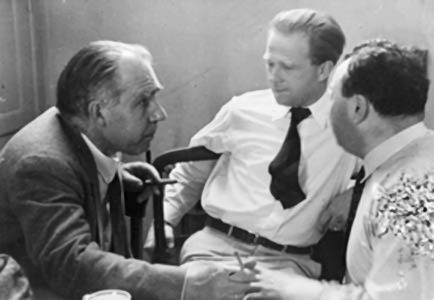 Some of the scientists assembled as part of Operation Epsilon were believed to have fought against the rising Nazi power in Germany before the war, and others to have resisted helping. Others were rumored to have actively sought to accomplish their mission of creating atomic weapons toward the furthering of German power under the Nazi regime. Even amongst the German scientists themselves, the subjects of blame and personal integrity seemed to be matters of contention.

HARTECK: Who is to blame?

[UNKNOWN]: HAHN is to blame.

WEIZSÄCKER: In 1940 VAN DER GRINTEN wrote to me saying that he was separating isotopes with General Electric.

WEIZSÄCKER: He wasn't really very good but the fact that he was being used showed that they were working on it.

HAHN: That wicked BOMKE was in my Institute.

HARTECK: I have never come across such a fantastic liar.

HAHN: That man came to me in 1938 when the non-aryan Fraulein MEITNER was still there – it wasn't easy to keep her in my Institute. I will never forget how BOMKE came to us and told me that he was being persecuted by the State because he was not a Nazi. We took him on and afterwards we found out that he was an old fighting member of the Party.

WEIZSÄCKER: Then we might speak of our "BOMKE-damaged" Institutes. (Laughter).

Ultimately, the results of Operation Epsilon were “inconclusive”.  And in 1946 all of the scientists were repatriated to Germany. One gets the sense from the transcript that the Allies had difficulty knowing what to make of the complicated men gathered in Farm Hall and their complicated histories--even with these clearest windows into their most unguarded selves.

WEIZSÄCKER: I believe the reason we didn't do it was because all the physicists didn't want to do it, on principle. If we had all wanted Germany to win the war we would have succeeded.

HAHN: I don't believe that but I am thankful we didn't succeed...

WEIZSÄCKER: One can say it might have been a much greater tragedy for the world if Germany had had the uranium bomb. Just imagine, if we had destroyed LONDON with uranium bombs it would not have ended the war, and when the war did end, it is still doubtful whether it would have been a good thing.

Subsequent footnotes and conversations further describe the seemingly dueling natures of these men trying to further resolve themselves later that night after the group had broken into smaller groups and retired to their personal quarters:

HAHN and LAUE discussed the situation together. HAHN described the news as a tremendous achievement without parallel in history and LAUE expressed the hope of speedy release from detention in the light of these new events.

When GERLACH left the room he went straight to his bedroom where he was heard to be sobbing. VON LAUE and HARTECK went up to see him and tried to comfort him. He appeared to consider himself in the position of a defeated General, the only alternative open to whom is to shoot himself. Fortunately he had no weapon and he was eventually sufficiently calmed by his colleagues.

A little later, HAHN went up to comfort GERLACH when the following conversation ensued:

HAHN: Surely you are not in favor of such an inhuman weapon as the uranium bomb?

GERLACH: No. We never worked on the bomb. I didn't believe that it would go so quickly. But I did think that we should do everything to make the sources of energy and exploit the possibilities for the future.

HAHN and HEISENBERG discussed the matter alone together. HAHN explained to HEISENBERG that he was himself very upset about the whole thing. He said he could not really understand why GERLACH had taken it so badly. HEISENBERG said he could understand it because GERLACH was the only one of them who had really wanted a German victory, because although he realized the crimes of the Nazis and disapproved of them, he could not get away from the fact that he was working for GERMANY. HAHN replied that he too loved his country and that, strange as it might appear, it was for this reason that he had hoped for her defeat. HEISENBERG went on to say that he thought the possession of the uranium bomb would strengthen the position of the Americans vis–a–vis the Russians

WIRTZ: It seems to me that the political situation for STALIN has changed completely now.

WEIZSÄCKER: I hope so. STALIN certainly has not got it yet. If the Americans and the British were good Imperialists they would attack STALIN with the thing tomorrow, but they won't do that, they will use it as a political weapon. Of course that is good, but the result will be a peace which will last until the Russians have it, and then there is bound to be war.

These discussions went late into the night, well past 1:30AM. In one footnote, the observers note that the scientists had an extremely rough night of sleep with “deep sighs and occasional shouts” and much pacing the corridors of Farm Hall. Maybe, as they lied in their beds on that night the first bomb had been dropped, thoughts flashed through their heads similar to those of  J. Robert Oppenheimer (the “father of the atomic bomb” in the United States) as he watched the Trinity test of the first atomic bomb in New Mexico,

"Now I am become Death, the destroyer of worlds."