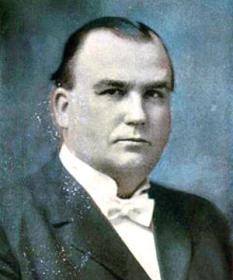 We in the United States have a tendency to always push the limits in our politics, and considering how far we pushed things this most recent time, we may have some difficulty going over the top for the next big election.  Toward this goal, I have a suggestion.

There is a town called Zion, Illinois, and one day in 1906, a man called Wilbur Glenn Voliva showed up there. Wilbur came to control Zion by seizing control of the town's church in what amounts to a religious coup:

Voliva arrived in February 1906, whereupon the congregation revolted against Dowie's leadership accusing him of corruption and polygamy and elected Voliva as head of the church, which he then renamed to the "Christian Catholic Apostolic Church." By careful management he rescued Zion from bankruptcy gaining the support of the church members. He kept tight control on his some 6,000 followers, which made up the community, even up to the point of dictating their choice of marriage partners. The city of Zion was effectively controlled by the church; all of its real estate, while sold at market rates, was conveyed under an 1,100 year lease, subject to many restrictions and subject to termination at the whim of the General Overseer. Religions other than the Christian Catholic Apostolic Church were effectively banned – visiting preachers from rival sects were harassed and hounded out of town by the city police force.

The slogan of their church, "Christ is all and in all." is some kind of terrifying recursion. I don't know what possessed them to take this slogan, but I know for fact that in considering an object that both composes and is comprised of itself, we have been brought much further from God. 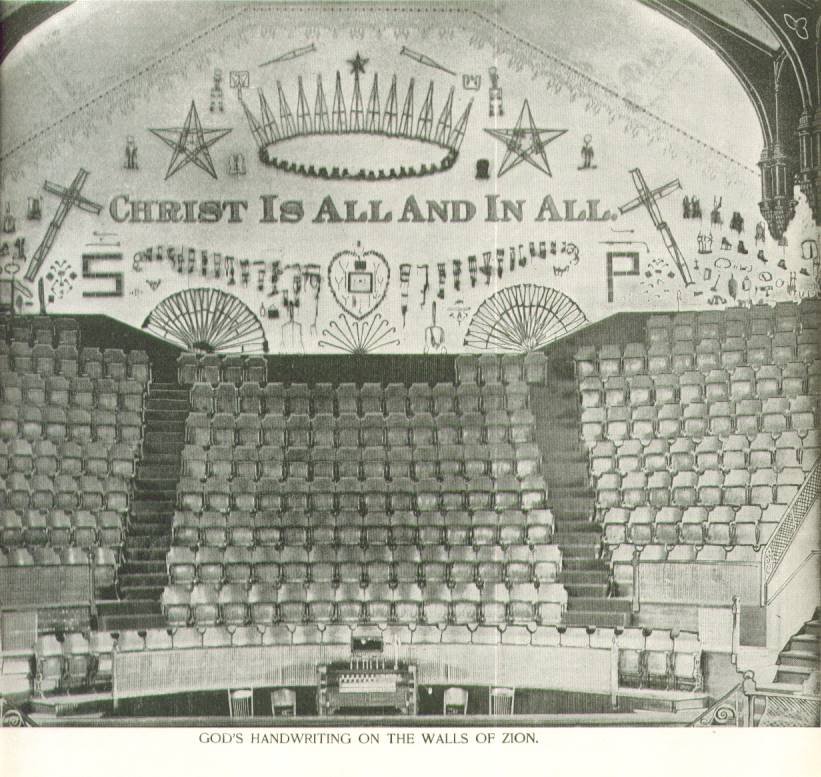 "Yes, I believe it is 100% safe and normal to decorate our church this way, why do you ask?"

And you know there was a sign erected at the city limits of Zion to forbid Monkery: 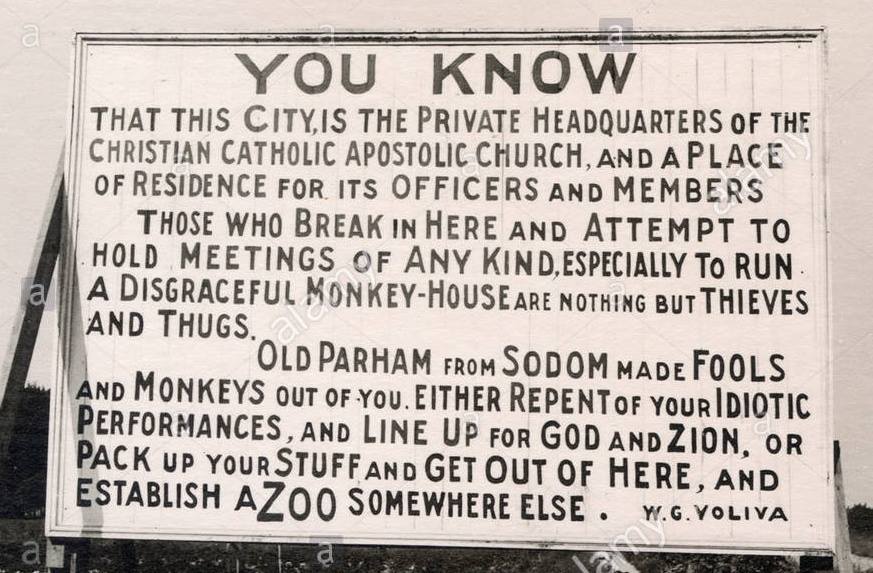 In fact, he created a state of the art radio station that could be heard as far as Australia to put forward his belief that the Earth was not a globe as had been believed since the early Greeks, but in fact a flat plane. 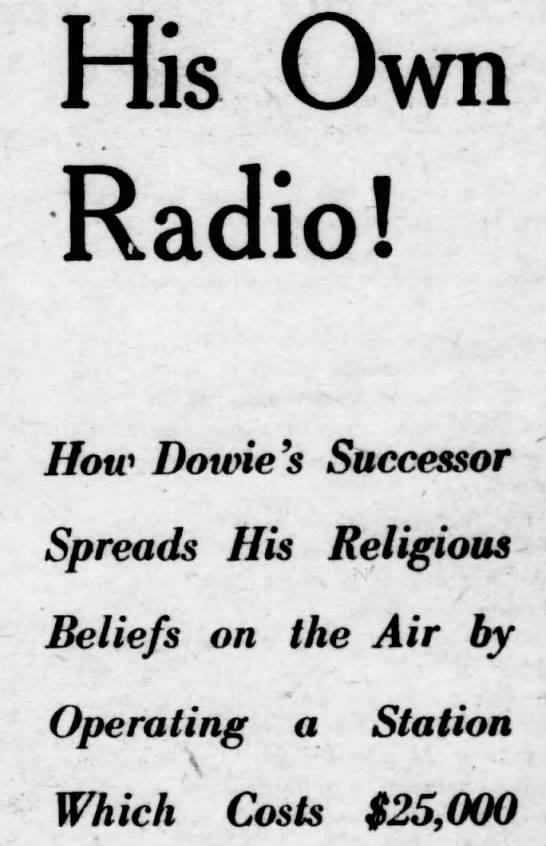 So we can thank Mr. Voliva for a large share of the state of things today.

He also founded a Flat Earth periodical that was distributed at least as widely as Germany. 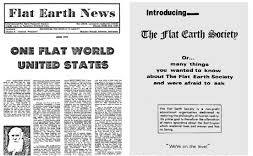 One can only imagine what that image of Darwin in the corner is about...

He offered $5,000 to anyone who could prove the Earth was a globe and never allowed it to be claimed. 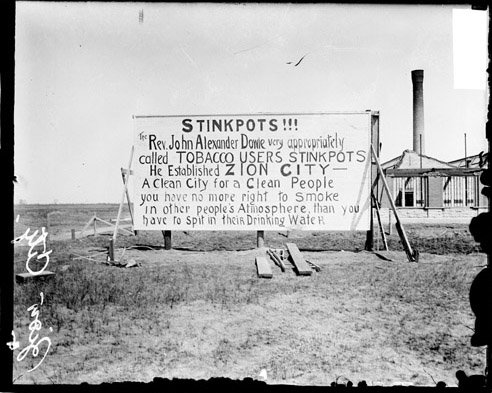 Incidentally, my grandmother called them "stinkpots" and I wonder if this could be in some way related.

On news of the Scopes Monkey Trial he journeyed to Tennessee to testify (he was not invited and absolutely was not called to the stand).

Mr. Voliva went on to predict the end of the world in 1923, 1927, 1930, 1934, and 1935 but sadly it never came. Meanwhile, his congregation became sickened over his increasingly lavish lifestyle and revolted. He tried to rebound his fortune by sinking all his remaining capital into an extravagant passion play at the church, but a disgruntled acquaintance burned the church down during its run. The town retook its freedom and passed legislation requiring that a sticker of a globe be placed on every vehicle , a statute which remains to this very day (have emailed the city for a picture and will update should I ever receive one).

Wilbur G. Voliva went from a net worth of over 5 million to bankruptcy shortly before he died of cancer on October 11th, 1942 in disgrace and infamy. He accrued no political experience in this time and his eccentric ideas are objectively and universally terrible. He was openly corrupt, an unabashed tyrant. He has been safely dead nearly 75 years. And I don't think we could make a better choice than W. G. Voliva for the top spot come next election. Thank you for your time.